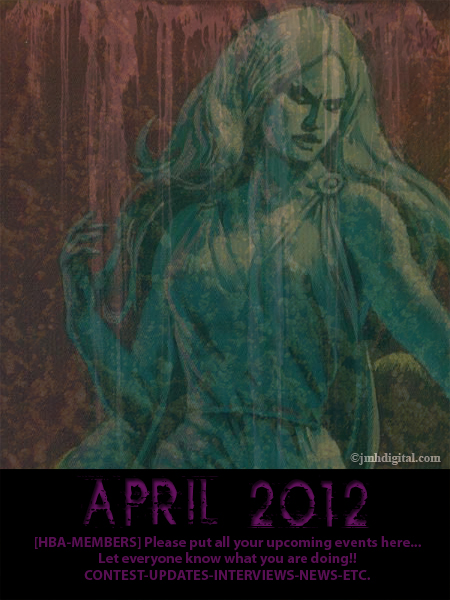 From the 9th to the 14th Lost Video Archive is hosting a retrospective on the films of James Hong. Lots of writers participating and there's still time to get involved.

Fright Show
The Woman
Sundown: The Vampire in Retreat
Slaughter of the Vampires
Blood Harvest

Of course, everything is subject to change. The site is updated DAILY. Later tonight, I'll be taking a look at Girls & Corpses magazine.

More vintage strangeness as usual over at The Devils Manor. We have a rare DVD to give away and some antique Euro-horror from 1921 coming over the next few weeks. Fritz Lang, Carl Dreyer and Harry Houdini are all coming to join the party. Hail Beelzebub!

April is Back to the 50s Month on Cinematic Catharsis http://cinematiccatharsis.blogspot.com/

Check back for updates!

I'll be reviewing the film Silent Hill (which I was originally going to do for my Halloween post, but now I don't feel like waiting six months in order to review it)

Plus, I may be trying to fit in a few low budget films in.

I plan on getting some non-reviews in regarding that in the dark culture and and the dark interests, if possible.


As always though, my plans are subject to change.

This month on Nightmare Fuel Podcast...

1. A Clockwork Orange: an overview of Anthony Burgess controversial classic novel. And a compare and contrast with Kubrick's groundbreaking film.

2. A Sci-Fi Atlas: both real, and imagined, places in Sci-Fi books and films.

All that, and more, on Nightmare Fuel Podcast!

MONSTER MAGAZINE WORLD has received a RONDO AWARDS "Honorable Mention" for Best Blog of 2011 for the second year in a row!

WW2, The Blitz, abandoned Tube stations, ghosts and escape. The Piped Piper of Balham, a free flash read over at The Futurist.

Win a free copy of Echo Bridge's "Masters of Terror" 4 film DVD in my April-May giveaway.