“Poison Love” by Electroillusion for the film "BURYING THE EX" 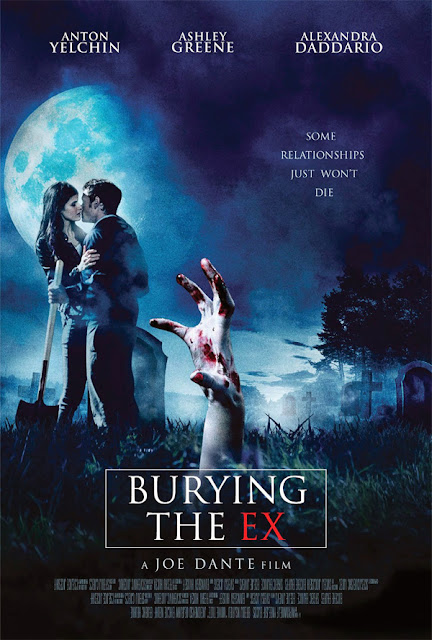 BURYING THE EX – Original Motion Picture Score, featuring the original music composed by Joseph LoDuca (EVIL DEAD Trilogy, SPARTACUS) and a bonus track “Poison Love” by Electroillusion, which was featured in the film’s trailer. The recording currently available digitally and on CD August 14, 2015.

In addition, the label has released a special EP, featuring the songs from the film, digitally on June 16, 2015. The BURYING THE EX – Original Motion Picture Soundtrack EP, is a 6-track EP with songs by Chantal Claret, Zachary Kibbee, Far Too Loud, TaDa and two tracks from The Kobanes. 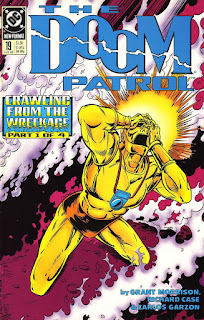 Our story begins with a violent, bloody car accident.  Actually, it begins long before that, but that is where we jump into the flow.  It is February 1989 and Cliff Steele, Robotman, is dreaming of his last day in a human body.  Flames and force rip his body to shreds and only his brain survives.  In the aptly titled "Crawling from the Wreckage," it is the first issue of Grant Morrison's run on DC Comics' The Doom Patrol.  Welcome to Weird.

Grant Morrison's writing on the Doom Patrol is not solidly within the Horror genre.  There is a good bit of whimsy mixed in and heavy doses of general strangeness.  However, at the bottom of all this chaos is a repeating mantra that makes these stories especially unsettling and horrifying: You are not safe at any time.  Your body isn't safe, it will change against your will.  Your mind isn't safe, insanity waits around every corner.  The World is not safe, the Universe around you will come unglued at any moment and reveal the vast gaping nothing underneath everything.

This is a book about cataclysmic apocalypse and in every sense of the word, Doom.