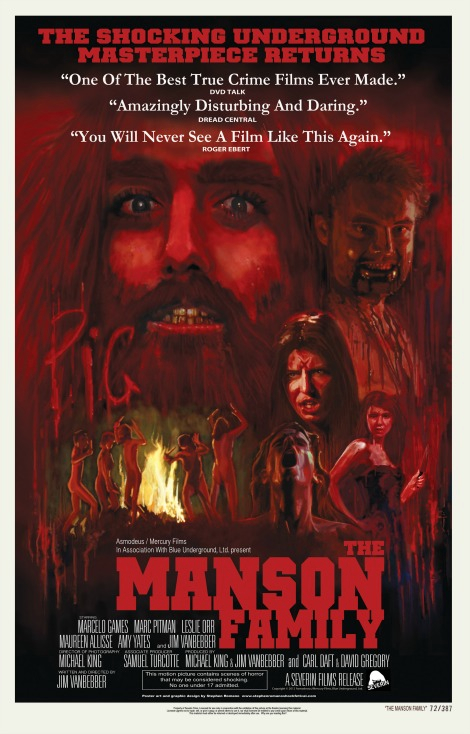 The film will show at midnight at the historic Logan Theatre which was recently renovated. The doors open at 11PM on the 12th.The film is being re released 10 years after it's theatrical debut, by Severin Films . Preceding the Manson Family will be Gator Green, a new short by Van Bebber funded through kick starter that he hopes to develop into a full scale film in the future.


Further information about this screening can be found at: NIGHT SCARES
Tickets are available for presale at MANSON FAMILY AT MIDNIGHT

WELCOME HBA MEMBERS
Okay, there are many new HBA Members and you all should check them out, as always "New Members" check to see you are on the list correctly. The new master list is available at top right above the "Donation Button".

IT'S CUSTOMARY TO SAY THANK YOU, OR EVEN BOO...

Welcome them with a scream! Thank you!
Jeremy [Retro]
Oh, No... Let's Go CRAZY!
HBA Curator

B - Behind the Walls of Nightmare
http://wallsofnightmare.blogspot.ca/
Michael

W - We Came from the Basement
wecamefromthebasement.com
Jason and Shawn, Basement Dwellers