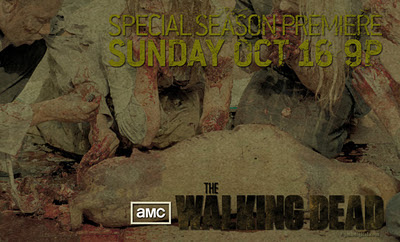 Here Little Piggy, Piggy...
Who is looking forward to this, am I alone?
Hello... Hello... I don't want to be alone...
Season 2 (2011–2012)
The second season is scheduled to premiere on October 16, 2011 and will feature 13 episodes. At a 2011 Paley Center for Media panel, it was announced that the second season will feature Grimes' group of survivors leaving Atlanta for the countryside, including the Greene family farm, a setting in the comic book series. Filming of season 2 began in June 2011 in the greater Atlanta area. Prior to the start of season 2, a 6-part webisode series aired October 3, 2011 on AMC's website. The webisodes detail the events just when the world ended, specifically the life of Hannah, also known as "bicycle girl," who appeared in the first episode of the series.
http://www.amctv.com/shows/the-walking-dead
HBA STAFFER
Jeremy [iZombie]
iZombie Lover
Posted by Jeremy [Retro]

My daughter and I have been counting the days since it was announced months ago when it would come back!!! Can't wait!

thank you i thought i was alone...