Compromise comes in many forms.... 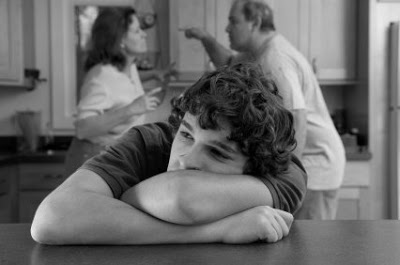 *A married couple was having a huge fight in front of their 16 year old son. The fight was centered around Mother’s Day. They had argued for weeks about how they would handle the event, but it was now the day before the holiday and things were getting very heated. The wife’s mother had passed away a few years ago and she wanted to drive two hours to visit the grave first. The husband wanted to go visit his still living mother first, who just happened to live 2 hours in the opposite direction. They both made valid arguments but it still lead to an all out fight with both parties saying horrible things to one another. After a solid hour of fighting, the couple agreed to disagree and they would both go their separate ways in the morning. The husband would spend the day with his mother and the wife would drive out and pay her respects at the cemetery. They left it up their son to decide whom he would choose to go with. The husband headed off to sleep on the couch as the wife stormed off upstairs. The next morning, the family meets in the kitchen.*Son: Before anybody has a chance to start arguing again, I wanted to say I am not happy at all the way you acted. I really don’t appreciate you both putting me in the middle and making me choose who I want to visit today. I loved both my grandparents, and I want to show my respect and love for them both. Husband: You’re right. We acted horrible.Wife: I’m sorry we did that. Son: You both are always telling me to find common ground in an argument and seek out a compromise rather than be a child and walk away mad. You both should practice what you preach.

Wife: You are so right dear. I feel awful about how we acted.

Son: We are a family and we should do everything as a family. Since neither of you seem capable of being the adult here and coming up with a compromise that would be fair to us all, I took matters into my own hands and found a solution.


Husband: Oh you did? What did you come up with son?

Son: It took most of the night, but I think my decision is fair for all. Now we can visit both of your mothers together at the same time.


Wife: What are you talking about? How is that possible?

Son: I brought both my grandmothers together. Dad, your mom is with her mom now.


Husband: WHAT! Oh my Lord! What have you done? Are you insane? You buried my mother?

Son: Please dad! That is absolutely crazy! I would never harm a hair on grandma's head! Last night I drove out and got grandma and brought her back here. She is waiting for us out in the garage as we speak.

Wife: That is a bit odd honey, but how does that bring us to a common ground compromise. We still have to drive for 2 hours to visit my mother’s grave.

Son: Nope! I went and got her too! I told you they were together….. 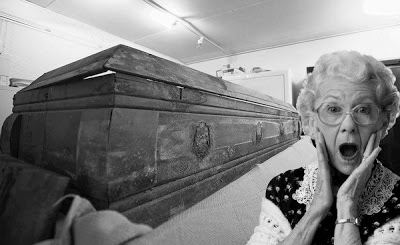